Smith and Sayles Reservoir in Chepachet has been a site for recreational fishing, people-powered boating, and swimming for decades. It’s also one of the most pristine lake settings in southern New England due to long parcels abutting the lake on the Glocester Land Trust properties.

And a very active lake association that represents over 35 families has been doing everything it can to keep the lake clean, clear, and safe. One obstacle confronting San Dam Reservoir Association (SDRA) is invasive weeds, particularly variable milfoil. Milfoil is a “hitchhiker” that attaches itself to boats and is transferred from one lake to another.

What has SDRA done about invasive weeds?

In 2017, SDRA will continue its voluntary boat inspection program. A team of lake and community members greets boaters to educate and reinforce the importance of proper boater hygiene in stopping the spread of invasive species like milfoil. “DEM has documented over a dozen different invasive species in RI lakes,” says Mary O’Keeffe, SDRA’s boat inspection program coordinator. “So far, variable milfoil is the only invasive plant species found in our lake. Educating boaters and teaching them how to inspect and clean their boats is an important primary prevention effort. We find plant material on about 20% of the boats/trailers that visit the boat launch.”

While the boat inspection team can identify new invasives that might be introduced into Smith and Sayles Reservoir, the existing milfoil continues to be a problem. According to SDRA President Judy Colaluca, “Invasive weeds are here to stay. Controlling them and limiting their expansion is our goal. To attain this goal ALL must work as a team utilizing numerous methods.”

SDRA has tried hand pulling weeds, hiring divers, experimenting with a mat to prevent sunlight on the lake bottom, and working in conjunction with the Department of Environmental Protection (DEM) each autumn to draw down the lake level. That last measure, hopefully, freezes plants when areas of the lake bottom are exposed. SDRA even went so far nearly ten years ago to apply chemicals to the weeds’ roots. That solution proved to be only temporary. It also wasn’t sustainable, may produce health consequences, and flamed tensions among members.

A suction harvester, which combines a pontoon boat based with a vacuuming device and weed collection area, was appealing to SDRA. Because it was decentralized, too, it could be operated by trained assocation members, thereby adjusting its use to the times when the invasive milfoil’s red stalks and root systems were most prominent.

Nothing’s free, and suction harvesters are quite pricey

There was one really big barrier to SDRA’s purchase of a suction harvester, however.

A suction harvester is expensive, especially for a relatively small organization like SDRA: $17,000. Fast forward to the past year. SDRA held two major fundraisers — one at Mulberry Vineyard and another at the Purple Cat Winery — to boost the treasury.  By late summer 2016, SDRA was able to purchase a suction harvester.

It has worked great so far! Even with only a short amount of time remaining to the 2016 high season after purchase, SDRA was able to fill around 200 biodegradable bags with invasive milfoil from Smith and Sayles Reservoir. 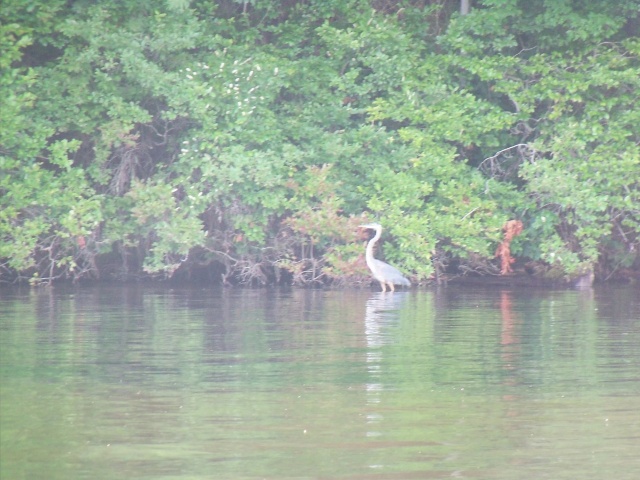 So there’s another SDRA fundraiser in the near future. Won’t you join us at Bella’s Restaurant on Saturday, April 8, 2017 for an evening of six excellent chef-selected dishes paired with six wines suggested by Kitson’s Liquors? You’ll also have the opportunity to review items in a Silent Auction, take a chance on a 50-50 raffle, and, most importantly, chat about community sustainability issues with SDRA members and interested friends. You’ll be contributing to a healthy Smith and Sayles Reservoir lake ecosystem.

Tickets are $45 each. For more information, contact Carolyn Fortuna at c4tuna31@gmail.com.